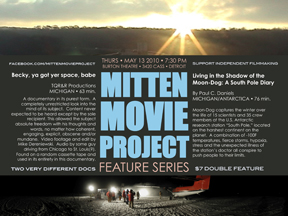 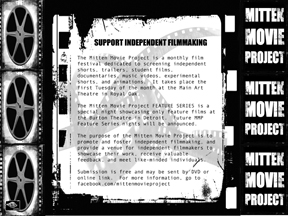 Reviewed on the Found Footage Films podcast (at podgallery.org):
Found_Footage_Films_podcast-Becky_Ya_Got_Your_Space_Babe.mp3

Becky, ya got yer space, babe... is, in a way, a documentary in its purest form Ð a completely unrestricted look into the mind of its subject. The content was never expected to be heard except by the sole recipient, which allowed the subject absolute freedom with his thoughts and words, no matter how coherent, engaging, explicit, obscene and/or mundane.

I did not set out to make this film.
A cassette tape ended up in my possession, which inspired the idea for the film.
I consider it to be an Experimental Documentary.

A documentary, in it's purest form, captures real-life events without impacting those events in any way. In reality, this rarely happens, since once a camera is introduced, the subjects are aware of the camera, and inevitably alter their conduct (purposely or even ever-so-slightly subconsciously) because they know they are being watched/filmed/taped.

Mike Dereniewski is an award-winning filmmaker and graphic artist who has been working in various forms of media for over twenty years. His films have screened internationally (Montreal, Reykjav’k, Madrid, Warsaw) and all over the U.S. including Santa Monica, Boston, and Chicago as well as numerous venues in and around his home base of Detroit, Michigan. His work has also been presented in several State University of New York at Buffalo classes, including DMS 504, taught by Tony Conrad.

In addition to his Producer/Director day job at Wayne State University, he has been at the helm of his own multimedia production and services company, TQR&R Productions, since 1999.

DOWNLOAD:   all nine production stills and bio text file in this one .zip file.